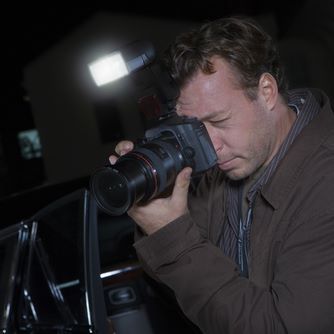 A private investigator is an individual that is licensed with the government in their respective jurisdiction and hired to observe, analyze, collect and document evidence on behalf of their clients. One of the main occupational tasks that private investigators do is surveillance.

Surveillance is the continuous watching of people, vehicles, and places in the public to observe them to determine, monitor, record and document their activities both covertly and overtly. The purpose of surveillance is to find out what someone is doing in real-time and report those facts to your client.

There are two types of surveillance that private investigators carry out. Surveillance can be overt or covert.

For legal purposes, when we carry out surveillance, we need to know the purpose of the surveillance, so that we have the authority to take on surveillance under the Personal Information and Protection of Electronics Act [PIPEDA] in Canada. This is the Federal Privacy Legislation. For example, if our client has reasonable grounds that his/her employee is gambling instead of carrying out his/her sales calls, we can monitor their employee to determine their activities during work hours to ascertain if they are violating company policy or an agreement. Our role would be to provide our client with the evidence so they can make an informed decision.

When conducting surveillance for domestic purposes, these types of surveillance are not considered a commercial activity, and therefore, the Personal Information and Protection of Electronics Act [PIPEDA] has no authority or jurisdiction over these investigations. We conduct surveillance investigations for the purpose of confirming or denying our client's suspicions that their partner or spouse was having an affair.

We are often called upon in custody cases to carry out surveillance to monitor the children or parents and their activities. The courts will generally only grant sole custody if there is evidence that one parent is not fit, and the courts' decisions will be based upon what is in the best interests of the children. The evidence that we provide to the courts will be in the form of a sworn or affirmed Affidavit.

We are also called upon in family matters to provide evidence in spousal support matters. For example, if a court order of spousal support is in force, and one spouse is gainfully employed while receiving spousal support but not disclosing this to the courts, our role is to establish where the spouse is working on behalf of the client that is providing support. These types of investigations are private matters, and therefore, they are not governed under the federal privacy legislation or [PIPEDA]. The purpose of these surveillances will be to show the courts that the spouse receiving the support is gainfully employed or self-sufficient, and once our client has our evidence, they will begin to file a Notice of Motion to vary their payments. We will file an Affidavit in support of the motion.

Lawyers, businesses and professionals will frequently hire us to prove or discredit a claim in court. The purpose of these investigations is to provide evidence in a court of law. When we are providing evidence for court purposes, this is not considered a commercial activity because we are collecting information and disclosing it in a court of law to prove or disprove a claim.

In the case of Ferenczy vs. MCI Medical Clinics, in the Ontario Superior Court by Justice Dawson, the plaintiff sued her doctor for professional negligence for a procedure that was carried out on her wrist. The plaintiff claimed that as a result of the procedure, she could not hold items for long periods of time. The plaintiff claimed she was unable to work and suffered a loss of income.

The Statement of Claim was disputed by the doctor, and a private investigator was retained by the Canadian Medical Protective Association to discredit the plaintiff’s evidence.

The private investigator collected video evidence of the plaintiff holding a coffee cup in the hand she claimed she could not lift. This evidence was collected from outside the shop while the plaintiff was sitting in a coffee shop.

The counsel for the plaintiff argued the video evidence should not be admissible because it was taken without the consent of the plaintiff and violated the Personal Information and Protection of Electronics Act [PIPEDA].

The court ruled that the evidence was admissible because the surveillance was not considered commercial activity. The PIPEDA applies to personal information that is collected and disclosed for “commercial purposes” and that defending a liability claim is not considered a commercial activity, because the collection of the information is being used for the purposes of defending the doctor in a civil lawsuit.

The collection, use and disclosure of the videotape did not contravene the PIPEDA on the basis that private investigators are acting as agents for their clients, and that the plaintiff implicitly consented to the collection of the videotape evidence when she filed the court action against the defendant.

Justice Dawson further ruled that the collection of the videotape is related to the investigation of a claim, and therefore ruled the videotape evidence tendered by the defendant as admissible.

Janie A. Duncan is a licensed private investigator and President of Duncan Investigations Inc.