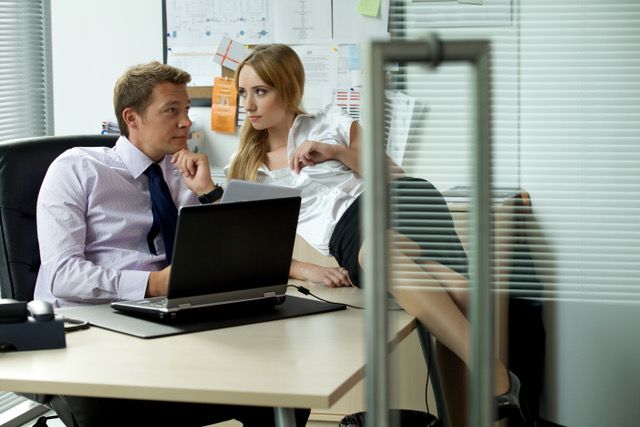 Workplace Romances – Are They Worth the Risk?

Mr. Reichard, a married man was an exemplary employee of Kunz Electroplating Inc. He started with the company in 1984 moving up the ladder to become the Purchasing Manager in 2007. He was managing millions of dollars of merchandise at that time.

In 2003, Mr. Reichard began an affair with his subordinate. Her name is Ms. Thompson.  At this time, Ms. Thompson did not report to Mr. Reichard directly. She was the administrative assistant but their affair carried on for a number of years.

In 2005, Kuntz Electroplating Inc., introduced a non-fraternization policy. These are dating polices. The company introduced these policies as mandated by legislation, in order to maintain a safe working environment for their employees.

In 2007, Ms. Thompson reported directly to Mr. Reichard, at his choice. In this scenario, Mr. Reichard was in a position of power over Ms. Thompson. Furthermore, the employer made it known within the policy that failing to report the romantic relationships could lead to disciplinary action and even dismissal.

In 2007, Mr. Reichard’s affair continued with Ms. Thompson. There were rumours surfacing about their affair within the company.  When Mr. Reichard was approached by senior management on several occasions about their alleged affair, he denied it and he also acknowledged that he was aware of the non-fraternization policy.

The owner testified they were considering disciplining Mr. Reichard but coupled with the fact that he continued to deny the affair and then attend to the business on two occasions after he was ordered to leave their property had completely broke their trust in him. As a result, he was dismissed for just cause which led to Mr. Reichard suing the company for wrongful dismissal.

At the trial, Mr. Reichard argued that he had been with the company for many years with an excellent performance record and that the cause to terminate him should be proportional to the policy violation.  He also argued that the policy came into effect after the affair started.

He referred to a number of cases to support his argument.  In the case of MacNaughton vs Sears Canada, 1997 CanLII 9530 (MB CA), the Court of Appeal from New Brunswick, it was decided that when considering an employees' conduct, to look at the lack of malicious intent.

In the Supreme Court of Canada in McKinley, they addressed the issue that a finding of misconduct does not give rise to just cause but rather was the behavior of the employee was so bad that the employment relationship could no longer continue and that other issues must also be considered, including their past record of performance.

In RW Tomlinson Limited v Blair and Director and Employment Standards, 2003, CanLII 34984 (ON LRB), stated that the employer must demonstrate that the employee intentionally engaged in conduct that was purposefully deliberate and in the case of Decoking Descaling Technology Inc. v Missler 2008 CanLII 66566 (AB ESU), they said poor judgement alone did not justify dismissal.

Justice James W. Sloan disagreed.  He said it was not the conduct of the affair that was at issue that resulted in Mr. Reichard’s termination, rather it was the fact that he denied having the affair when confronted by his superiors even though he knew this was not truthful. He ignored orders not to return to the office.  Justice Sloan ruled it was Mr. Reichard’s dishonesty that led to his dismissal and not the conduct itself. Justice Sloan dismissed Mr. Reichards’s claim.

Janie A. Duncan is a licensed Private Investigator and President of Duncan Investigations Inc.